We were are all told in school, “there’s no such thing as a stupid question.” While that may hold true in academia, there are certainly questions that, when asked in the context of a job interview, can hurt your chances or outright disqualify you from landing the position.

Most job candidates prepare for interviews by crafting responses to potential questions. For every person who spends hours doing so, however, there’s always someone who doesn’t spend nearly enough time prepping to sit down with an interviewer.  They believe they can go out there and wing it during the interview and still land their dream job. Without preparation, there’s a higher likelihood of asking a question that makes it clear you didn’t do the necessary research.

With that in mind, do your best to avoid asking the following types of questions:

What exactly will I be doing in this position?

It’s not the greatest idea to ask a question that was covered in the job posting; it gives the impression that the candidate didn’t bother reading that posting in depth. Knowing the details of the position is a minimum expectation for an interview.

Is this company public?

Such information is readily available on the company Website (or any financial-news site). Lack of due diligence can hint at a lack of resourcefulness, or a willingness to research; and given how many tech positions require research, that doesn’t bode well for actually landing the job.

Most companies seek resourceful, independent self-starters who can effectively gather information without having to be told where to look.

Can you tell me a little bit about the background check process?

Most companies have a similar background process, asking about it in the interview process can cast a shadow of doubt over you.

How long before I can be promoted?

Candidates should avoid asking questions that make them look pushy or too eager to advance out of the position for which they’re interviewing. Yes, companies want go-getters, and nobody wants to hire someone who would be content with doing the same thing for their whole career. But asking whether you can get promoted right away shows a lack of commitment to the task at hand.

Here’s What an Expert Says To Do Instead

“Remember that interviewing is a two-way dialogue, conversation, and exploration, not a race to get placed. Candidates should approach it and prepare for it as thoughtfully and carefully (but with as much open curiosity) as they would if they were to sit down with someone that they might potentially consider engaging in a serious (perhaps long-term) partnership with because that’s what employment is.”

In other words, ask questions that demonstrate:

This article was originally published on my Inc. Column. Republished with permission. 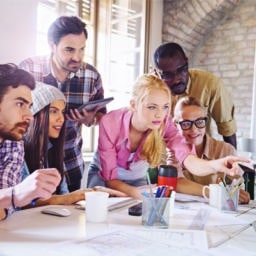