Companies that recruit using the Temp-to-Hire model are less vulnerable to the expensive risk of making bad hires as they build a collaborative, productive culture in their companies. Job seekers, meanwhile, experience myriad benefits from this recruitment strategy that lessens the impact of accepting an offer from an incompatible employer.

In its 2014 survey, the American Staffing Association (ASA) –  the industry trade group, confirmed that ‘temporary contract work is an effective bridge to permanent employment,” adding that more recent anecdotal evidence suggests that temporary-to-permanent conversions are increasing in number.

The Temp-to-Hire model is based on workers for whom the goal is eventual full-time employment as opposed to those whose lifestyle preference necessitates taking short term temporary gigs that conform to their schedules. Temporary workers may accept offers to convert to full-time employees, but that is not the norm. Temp-to-Hire candidates are employees of the staffing agency that places them in positions for defined short term contracts during which time both the employee and the company can decide if each is a good fit for the long term. Temp workers are brought on to address short term needs, while Temp-to-Hire candidates are basically on a non-employee trial period prior to a full-time offer.

When appropriate to the industry and specific open position, Temp-to-Hire affords employers a “no harm, no foul” insight into how well a candidate performs. The average 90-day contract allows employers to assess in-depth a candidate’s skills and strengths. Furthermore, working day-to-day alongside their colleagues provides insight into how well the candidate fits in with others.

Temp-to Hire makes the recruitment process more efficient. The average interview process typically takes 23 days, an increase from 13 days 17 years ago, according to The New York Times, likely because of the increasing complexity of many white-collar professions. The Temp-to-Hire model eliminates the need for multiple rounds of interviews; the temp period is the interview. In fact, Temp-to-Hire is a longer-term extension of assessing job candidates based on having them provide work samples that demonstrate specific areas of competence. Therefore, time spent posing theoretical questions about skills can be more productively spent actually getting work done.

This tactic was employed by Google, as Sheryl Sandberg explained to Reid Hoffman,

“We needed to hire really quickly, so we started a temp-to-hire program. We just hired people as temps, and then we would evaluate them over the first few months and convert the most successful of them to full time. It was a great way to scale in those very early days when we needed a lot of work done very quickly. It also got us to hire people we probably would have otherwise not hired; people who didn’t necessarily interview well, people who didn’t necessarily have the right background that Google was always looking for, and they came in and did great work.”

Potential cost savings are big, as Temp-to-Hire reduces, if not eliminates, the risk of making a bad hire. Dice references a Society for Human Resources Management (SHRM) study that found that a bad hire could cost up to five times that person’s annual salary; “SHRM also found that the higher the person’s position and the longer they remain in that position, the more it will cost to replace him or her.” Additionally, in a survey of 2100 CFOs, SHRM found that 95% of respondents said that a bad hire impacts team morale to some degree, while “35% noted that morale is greatly affected”. Finally, since employers only need to onboard pre-vetted employees – individuals who they know and like, the risk of wasting time and money on a bad hire is eliminated.

Attrition is a major concern and expense for employers, but Temp-to-Hire lowers employee attrition rates considerably, since workers know what they are getting into before they accept full-time offers and are less likely to quit in the short term. Joor, an early adopter of Temp-to-Hire, experienced a 60% drop in its annual attrition rate to under 10% from 2005, when the company began using this recruitment model, through 2007.

For employees, there is no longer a stigma associated with being hired on a trial basis. According to the ASA’s 2014 survey 49% of the of 12,000 temporary employees surveyed said that finding permanent work was their primary reason for choosing to work as temps. 35% of survey respondents received full-time offers, and 68% accepted those offers. Furthermore, many individuals, particularly those who are making a career change, actively seek the opportunity to prove themselves in a new field for which their skills may be strictly academic.

The only deficiency in the Temp-to-Hire model may be the lack of employer benefits since the temporary workers are employees of employment agencies, not the companies where they actually perform work. However, the ASA notes that 88% of temp agencies offer health insurance, 62% offer a retirement plan, and 50% provide paid time off.

Clearly, Temp-to-Hire represents a once innovative paradigm in recruitment that has proven its value by enabling employers to move quickly without being impulsive, or disrupting productivity. As Sheryl Sandberg pointed out, Temp-to-Hire allowed Google to bring aboard outliers who might have been overlooked during a traditional hiring process.

I am a Resume and LinkedIn profile writer and job search coach whose 14 years as a global Human Resources executive gives me insight into how your resume will be viewed by recruiters and hiring managers. Since I always posted jobs on LinkedIn, I know how to write a profile that will improve your chances of being found by your target employer! And because I am keenly aware of the missteps that will consign your resume to the “delete” pile, the resume I write will improve your chances at getting called for an interview. The resume I will write for you will feature your professional brand, tailored specifically toward the type of position you want to get hired for.

To talk about how AkkenCloud can help transform the way you do business, click here! 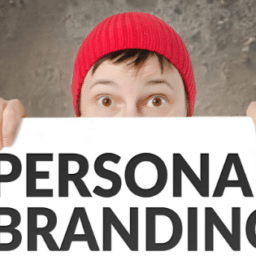 Podcast: How Tech is Revolutionizing the Staffing and Recruiting Industry